From Lady B Spots Trouble
​
Bluebird 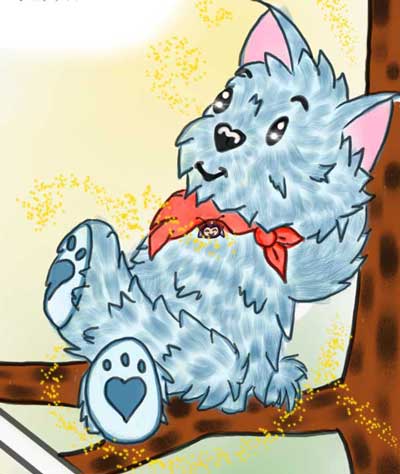 Hi, my name is Bluebird.  I appeared in Lady B Spots Trouble 6 times, but I didn’t have a speaking role.  At first I was sad because I have lots of things to say, but Ralph listened to me and gave me the role of being the narrator of all the Colouring Books, and said I could also introduce you to all the characters right here on this website. Now I feel better. Even little bears want to feel important, you know.

​When Ralph’s granddaughter K. was little (she’s all grown up and a mom herself, now), she had a little blue teddy bear who was always the hero in all of their bedtime stores.  That silly bear liked to climb so high up in trees that K. said he looked just like a blue bird. That’s how I got my name. I later became the hero in other grand kids’ stories too. So when Ralph decided to write books, he just knew that I had to be there. I’ll tell you a little secret: Ralph doesn’t know how to tell stories without me being in them.
Lady B 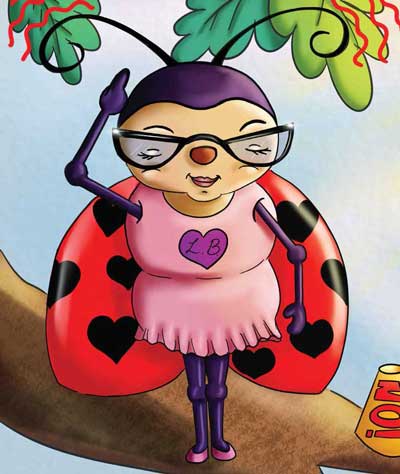 One day, in one of our stories, a lady bug flew right up to me and asked if I wanted to play with her.. Soon she became my best friend. . We went on all kinds of exciting adventures together. Because it’s dangerous being a little itsy bitsy lady bug, she used to ride in my left ear for protection.   In fact, my left ear became her bedroom, and I promised I would only sleep on my right side so that she would never get squished.  You never want to squish your best friend! She taught me a lot of things about you can have fun and stay safe at the same time.
Jesse 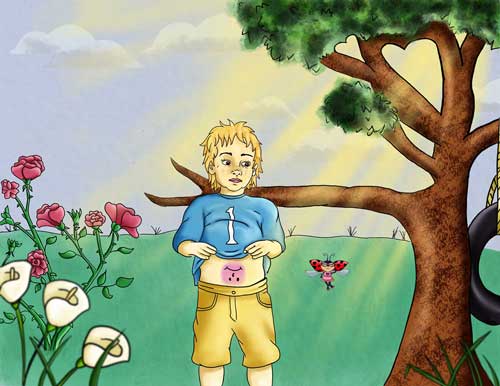 ​Ralph really has a son named Jesse. He’s K’s dad.  When he was little a long, long time ago  he had curly hair and looked just like Jesse in these stories. He always went on adventures with his two imaginary friends that only he could see.  And he liked to talk about all kinds of important things.  Since this book is all about talking about important things, like being safe from unwanted touch, Ralph just knew that Jesse had to be the co-star of
the books.
Mom and Dad
Jesse’s Mom and Dad, are like parents all over the world.  They love their kid so much, and never want anything bad to happen to them. But they’re also  busy with everything – working, cooking, cleaning, shopping, mowing the lawn, visiting their own parents – that sometimes they’re too tired to notice the little things, like that look on Jesse’s face that says he might have a No Feeling. Since these stories were written, they’ve told Jesse that if he ever gets a No Feeling, he should tell them in a big voice, and then they will stop whatever they are doing and listen to him. Because nothing is more important than making sure he is safe! That’s their job.
Granny 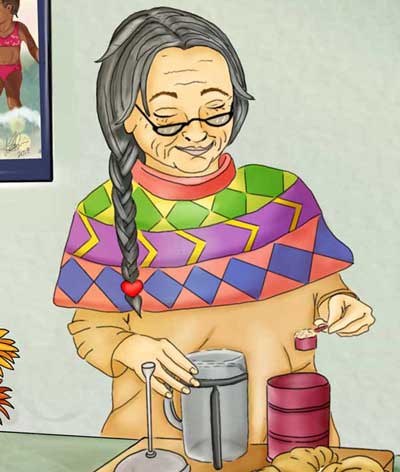 A long, long, long time ago Ralph had a Grandmother just like Granny in Lady B Spots Trouble. In fact, Ralph’s Granny even had a red stool in her kitchen, and little Ralphie (that’s what everyone called him when he was just a kid) would sit on her red stool and they would talk about everything and anything while she was cooking dinner.  No matter what was bothering him, their talks always made him feel better. You know why? Because his Granny was the best listener in the whole world.  It’s like her
Papa 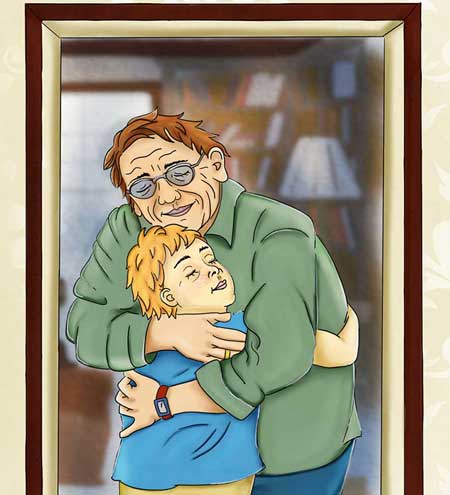 Papa is just how Ralph wants to be as a grandpa.  He loves to give his kids safe hugs, but only if they want them.  He always tells them that it’s polite to say hello and good-bye when they’re coming  to and leaving his house,  but it’s up to them whether or not they want a hug.  Nobody should ever have to hug if they don’t want to.  Same with tickling. Some of his kids love to be tickled, but he always asks them for permission first and stops when they want him to.  He calls that consent.
Jesse, Lady B and I go on all kinds of adventures. We meet a fish with gum boots, a little dragon, a silly man who talks in rhymes and on a treasure hunt we discovered some amazing animal statues who come to life. When you read the Lady B Spots Trouble and the Colouring Book, you’ll get to know all of them.